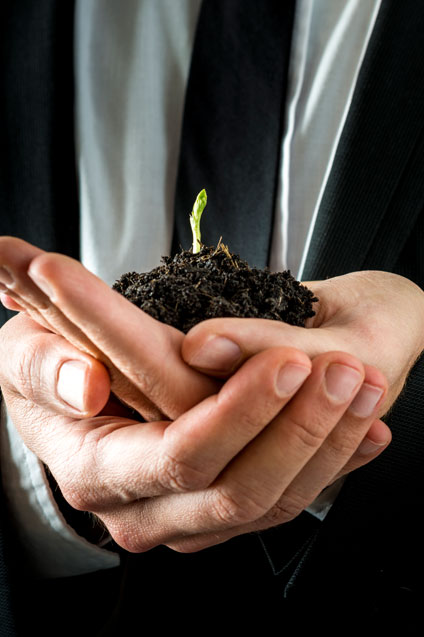 Save as much as you can, spend less than you earn, invest wisely. While these pillars of personal wellness may ring true, there are some financial rules that need a facelift. You could say times are a changin’.

My friend and colleague, Kristin Wong, who is the writer and author of Get Money, recently wrote a thought-provoking piece on the new rules of personal finance. Wong takes a look at home ownership, going to college, debt repayment and investing. Yet, the new rules of money also include other facets of our financial lives and take into account how to save money and earn more in the gig economy.

Take a look at four rules we’ve put together to help you tackle your finances in today’s times.

Are you one of the 53.7 million Americans who are freelancing?

Then you know that paying your bills on inconsistent income is real. Cyndi Lauper might think that “money changes everything,” but in my humble opinion, variable income changes everything, my friend. When you have a steady flow of money coming in each month, you can create a spending plan without any issue.

Instead: If your paychecks hit your bank account at different times of the month, consider syncing up paychecks to different bills. For instance, your largest paycheck, which might be relatively the same each month, could go toward rent. Maybe another paycheck from another gig could go toward your student loan and credit card debt.

Jot down when each bill is due, and how much it is. Next, assign income to bills. While some payments from jobs drop at different times of the month, the money you receive from other clients might be more consistent. In turn, this might be able to help you stay on top of your bills. Want in on another tactic that has been a budget-saver for me? I aim to get one month ahead. So, I try to have enough in my bank account at the end of the month to cover the next month’s expenses.

Pro tip: If you’re a Chime member, try auto-saving a percentage of your paycheck every time you get paid.

Budgeting monthly makes sense for those who have a steady paycheck and get paid twice a month. But how about those who are gig economy workers or freelancers?

It’s hard to create a spending plan when your income changes constantly, let alone drum up a monthly budget.

Instead: Consider budgeting weekly. Seven days is a lot easier to budget for than 30 days. I personally plan out my discretionary spending a week ahead. I give myself a certain amount each week to spend on food, going out, and personal items. Then I figure out an amount I can spend each day. It’s a fun game I play. So, if $30 is my daily amount, I try to have “no-spend” days or spend less than that. By the end of the week, I’ve have “extra” money to spend.

If that’s too much math and money nerdiness for you, consider assigning an amount each week, and spend it until you reach zero. Hopefully you won’t have to replenish until the following week.

3. Save Three to Six Months in an Emergency Fund

While this remains a solid rule, it’s hard to start an emergency fund when you’ve got bills to pay, a debt load to manage, and other competing financial priorities.

4. Save 10 Percent of Your Retirement

To piggyback off of Wong’s advice, it’s hard to say you should save for exactly 10 percent of your retirement, when you aren’t able to save anything at all. According to a report from the National Institute on Retirement Security, about two-thirds of folks between the ages of 21 and 32 have nothing saved for retirement.

Instead: Save what you think you’ll need in retirement. But also, save when you can. As a freelancer, after my living expenses are covered, I save a percentage for my retirement. And there’s no hard and fast rule that you need to save monthly. You could save every quarter or once a year if you need to. As long as you save something, that’s the important thing.

And keep this in mind: We live longer and carry more debt. Semi-retirement seems to be the new norm. So, you might want to consider continuing a side hustle, at least part-time, in retirement.

While the same old financial rules will always ring true, it’s important to follow new money rules as well. Hopefully these four new rules of personal finance will shine a light on how you can approach your money differently and still achieve financial wellness. Godspeed!