HomeBlogMoney Mindsets That Are Keeping You Poor

Money Mindsets That Are Keeping You Poor 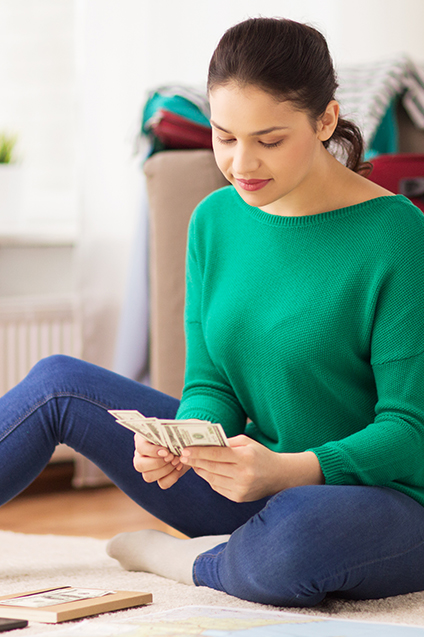 The word “wealthy” conjures up images of depraved oil tycoons. Morose and isolated, these rich folks had to enjoy their wealth alone. At least that’s what I believed when I was a kid.

Growing up, I was taught to share pretty much everything with my older brother. To have more than him was considered selfish. And, if you were greedy, that was even worse. I made the assumption that rich people were inherently bad.

This myth blocked me from pursuing wealth. I figured it was better to earn a modest living and be frugal than bear the stigma of being rich and lonely. It was only after doing some inner work that I got past this limiting belief. I realized that having extra scratch doesn’t mean you’re greedy, selfish or unethical. Money merely enhances who you already are. And the more you have of it, the more freedom you can enjoy. To me, it’s all about syncing up your money to your values. Chances are, you also have your own money stories that get in the way of your financial goals.

Here are five common money misconceptions that may be blocking you from achieving wealth.

You need a ton of money to start saving

While it certainly doesn’t hurt to have a healthy sum of disposable income, it isn’t a requisite to saving money. The most important thing is to make it a priority and to start somewhere. Do I hear a grumble? Believe you me, saving doesn’t have to be difficult. And there’s a reason why “pay yourself first” is considered a pillar of personal finance. If you’re a Chime member, the Save When You Get Paid feature helps you tuck away a percentage of each paycheck. By prioritizing savings over spending, you’re taking your financial well-being and your goals seriously.

Once again, this is an easy excuse to not save money. It’s far easier to brush off saving until you make, say, $120,000. When I was making $30,000 at my first job out of college, my rent in Los Angeles ate up a third of my income. But I still wanted to save money, so I started side hustles. And even though my side hustles raked in a mere $1,000 a year, I was committed to saving. By being judicious about what I spent my money on, I managed to save $5,000 my first year on my own.

When I started earning more, I kept the same habits and avoided lifestyle creep. As a result, I was able to make greater headway on my savings goals.

Other people have it easier

As they say, compare and despair. We all know someone who gets a generous allowance from their parents, or is making a cool six-figures at a posh job. It may seem easier for them to build their worth, but appearances can be deceiving. You don’t know what debt load they carry, or if they struggle to stay on top of their bills like everyone else.

While you’ll need to get real and be honest with your own financial situation, everyone can start small. I’m a big fan of auto-saving, and there’s a reason why it’s recommended by personal finance gurus. Auto-saving is easy and you can start small. Five bucks in a cushion account adds up to $260 a year. Double your auto-savings amount to $10 a week, and that’s $520 annually.

I’m not privileged enough to focus on net worth

This is a bunch of bull. Earning more and spending less is something we’re all capable of. While we don’t have control over greater forces—tax codes, inflation, getting laid off—we do have agency in our saving and spending decisions, and in our ability to earn more. Thinking that net worth is for a privileged few is getting in your way. If I was able to build my savings making very little, so can you.

To figure out your net worth, tally up your debt. This includes student loans, credit card debt, and car loans. Next, add up your assets—money you have sitting in savings, retirement accounts, savings apps, and so forth. Then, subtract your debts from your assets to determine your net worth.

It might be an unpleasant endeavor to find you have negative net worth. But it’s only in taking an honest look that you can work toward being in the green.

I’m an artist and will always be poor

Just because you have creative pursuits doesn’t mean you will always be stuck in the poor house. By fusing your vision and talents with entrepreneurism, you can make a decent living.

From freelancer marketplaces to online platforms, there are tons of resources to help you build your own business. Granted, being a self-employed creative or artist does come with its own host of challenges. For one, you’ll likely have to deal with variable income. Because your cash flow can change month to month, it’s tough to stay on top of bills and save for anything.

Chime can help. With its Get Paid Early feature, you can get direct deposits up to two days early. In turn, this can help you pay your bills on time.

Busting harmful money mindsets can help you earn more, save more, and land you in positive net worth territory. Just remember: Building your net worth may be a slow and steady climb. So, stay the course and over time, you’ll move closer to your financial goals.